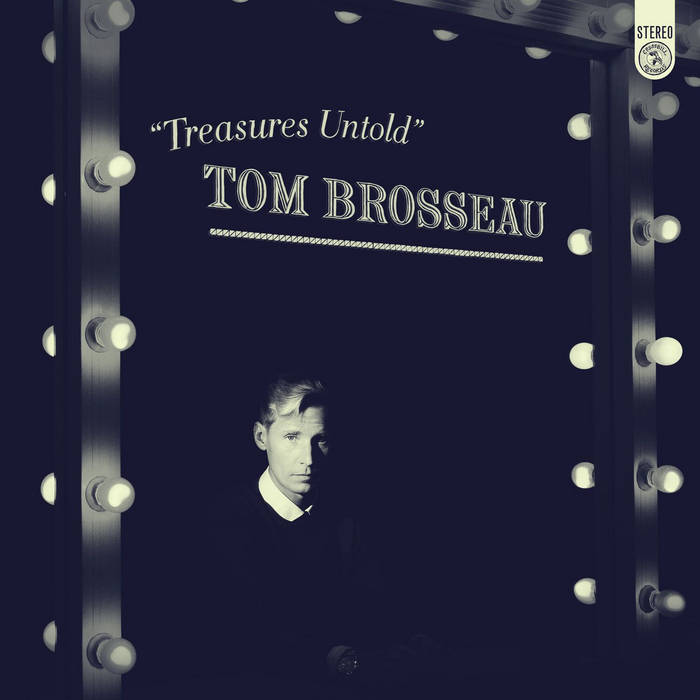 Treasures Untold is a collection. 10 songs – 6 from the Great American Folksong Book and 4 Tom Brosseau originals recorded live at a private event in Cologne, Germany. Tom Brosseau, his original guitar playing and the voice that NPR calls “one of the most arresting voices in folk music today.” No affectations, no effects, just the goodness of song and story.

Brosseau’s uncanny ability to curate a setlist by feeling the room creates the arc of the album. The sparse instrumental “Empire Builder” bends into a monologue for the city of Cologne, rises to a crescendo with “Today Is A Bright New Day”, and closes with the title song, the immortal Jimmie Rodgers classic “Treasures Untold.” When you listen to this album, you are right alongside.

A note from Tom Brosseau:

“Lately I’ve been studying the guitar playing of Woody Mann, who was influenced by Rev. Gary Davis, one of the pillars of 20th century ragtime guitar. The ragtime style, despite however difficult and frustrating to learn, is a lot of fun once you get going. I for one can’t help myself – the syncopated thing of ragtime makes me want to play it all day long. It’s brought me closer to the acoustic guitar, and not only that, to the music and technique of some of the American guitar greats, including Elizabeth Cotten, Jimmie Rodgers, Maybelle Carter. Songs from each of them are featured in this collection.

“With Treasures Untold I get to share a side of music that I haven’t necessarily been able to do before, by exposing people to some of the great songs of yesteryear, songs that have touched and influenced me, songs that when I first heard them I thought to myself, How could I have even lived until now without hearing this before? Music is more or less out of my control. There’s never a moment when it isn’t playing. It plays when I make decisions, when I’m talking to people. It plays when I sleep. I don’t know if I’m a part of this world or not. But I do live inside a song. Music truly keeps me going.”

4). I AM THE LIGHT OF THE WORLD - written by Rev. Gary Davis, Downtown DLJ Songs OBO Budde Music Inc.

7). THE HORSES WILL NOT RIDE, THE GOSPEL WON’T BE SPOKEN - written by Tom Brosseau, Unabridged Music, ASCAP